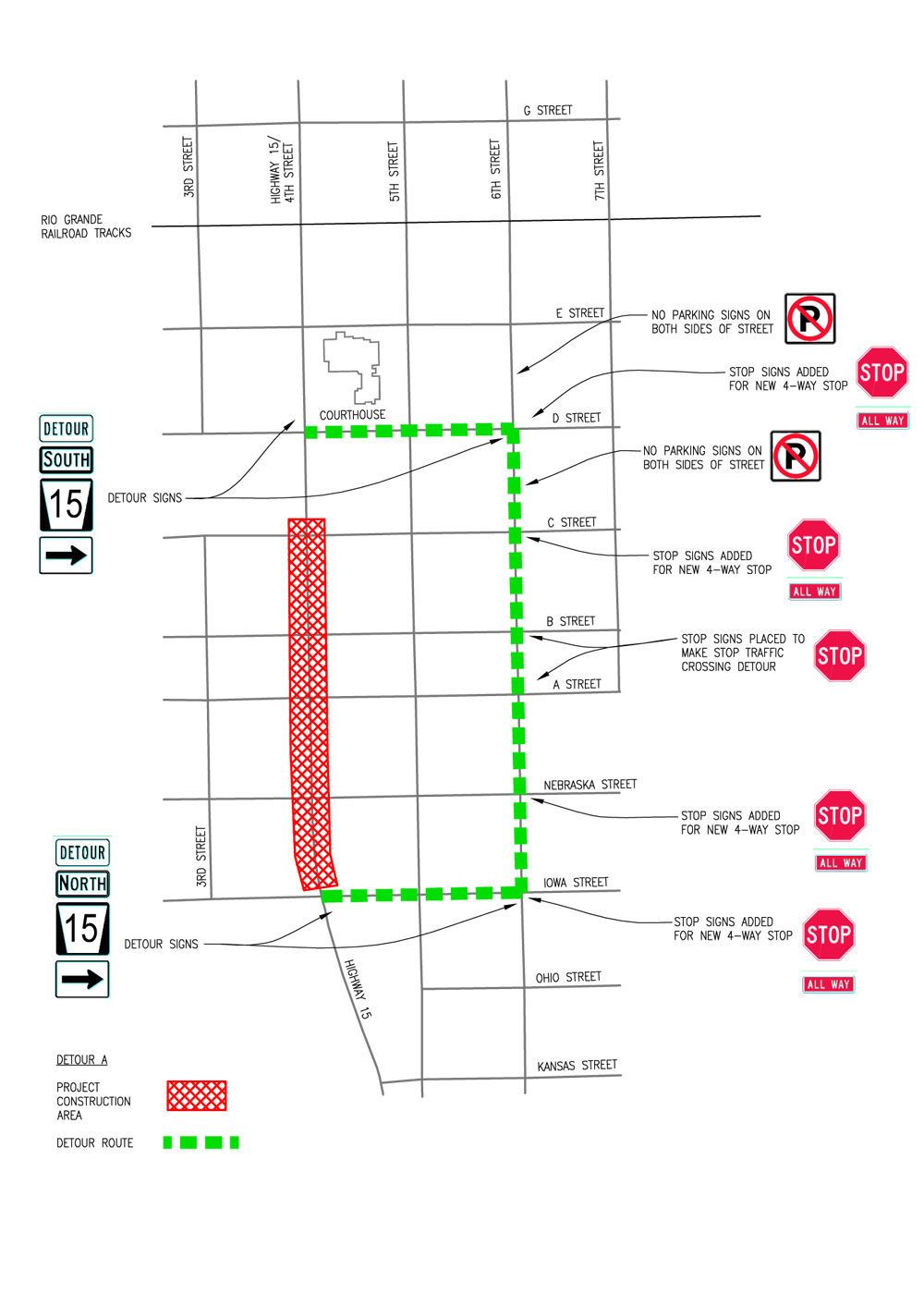 LEO A DALY, the firm contracted by David City for the Downtown Renovation Project and the Nebraska 15 renovation, will be providing updates on the construction beginning June. 1.

The David City improvements to the downtown and Highway 15 (4th Street) are beginning. LEO A DALY, on behalf of the City, want to take this opportunity to provide you an update on the status of the Project.

*The pre-construction meeting was held at the City Hall on May 18, 2017. The initial schedule sets the dates of June 1-2, 2017 for the installation of street barricades and detour signs at the north side of Fourth and Iowa Streets and at 4th and C Streets. Fourth Street will be closed for through traffic on June 2, 2017.

*The detour will initially be on Iowa Street from 4th to 6th Streets, north on 6th Street to D Street, and then north on 4th Street (Highway 15). As 4th Street is completed, the detour may move north to A Street. We will keep you informed as modifications to detours are going to be made.

*The work will begin on June 5, 2017 at the north side of Iowa and proceed northerly to the Rio Grande Railroad crossing north of E Street.

*Storm sewer piping will begin at 4th and A Streets and progress northerly to the railroad crossing.

*The existing driving surface of 4th Street will be removed beginning the week of June 5th.

*Fourth Street from Iowa to C Street is planned to be completed in approximately two months, weather permitting. The work includes the storm sewer, electrical system, pavement, and all intersections.

*The other work planned to be completed prior to weather in the winter is Fourth Street from C to the railroad crossing, E Street from Third to Fourth Streets, and installation of some of the downtown water systems.

*Work will continue on the water installations through winter, subject to temperatures allowing construction of the new system.

*All work will continue through the winter as weather permits with completion of the entire project by December 1, 2018.

LEO A DALY will issue this newsletter to you every two weeks. We will provide you an ongoing timeline of where the contractor is currently working, what will be the next area to be worked on, and keep you informed as the project moves forward. If disruptions to your water service, driveway, or access is planned in the near future, we will notify you in advance.

If anyone would like to discuss the construction progress, please keep these key contacts available. LEO A DALY has staff available for you in the field as well as the work proceeds, and our engineers are only 60 minutes from the project. We want to hear from you if you have a question.